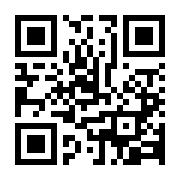 It's Monday, October 18th –  we've decided to go to Wolfville.

The weather is good, sunny, but not too warm. We drove the almost 100 kilometers to our parking lot in Wolfville very relaxed - there were no traffic jams and therefore everything was completely relaxed.

After reaching the parking lot, we first went for a walk. The first thing we saw were 2 Bald Eagles circling over the city - we heard the eagles a little before we could see them.

A walker had also drawn our attention to the eagles. I was even able to quickly take 2 photos before birds were gone. That was a great start.

Then  we walked on Main Street and looked at the shops.

After that we went to the paddy's to have our lunch. The food was very good again and so we walked across Main Street again, really full.

After our Walking-Tour through Wolfville,  we drove towards Canning.

There is a look-off where you have a good view of the area.

Unfortunately, I had a bit of bad luck - while I was standing on the left side to take a picture, Gabi saw a Bald Eagle, which flew very close to our parked car.

The eagle had just fetched lunch - a fish it was holding in its claws.

Unfortunately I missed this picture - what a shame. We then slowly drove back home - but not over the highway, but leisurely over the 12 to be able to enjoy the area.

Today we visited Ivan Fraser’s Peggy of the Cove Museum. It was a great experience! Briefly called the number given on the door and Ivan came running from the other side of the street - with his trademark yellow waterproof rain hat, of course.

After a short greeting we went to the museum - Ivan told and explained about the true and the fictional story of Peggy.

He also showed us his great paintings, which were very impressive.

Although Ivan casually told me before the museum tour that he had to go to Halifax, he took a lot of time.

We learned a lot about Peggy, Ivan’s family and the house that is now the museum.

I can only recommend anyone who is near Peggy's Cove:

Visit Peggy of the Cove! At this point I would also like to thank Ivan Fraser for the great tour! And since we bought 3 books that were written by Ivan Fraser, 1-2 rainy days could also come - then we will read the books!

We have planned a tour to Liverpool for today.

The evening before, I checked the homepage of Paul's restaurant in Liverpool - there is a new menu card. And it's open from 11 am. So we set out later in the morning - before we did some shopping in Bridgewater, so it was a little later.

We were quickly in Liverpool - the car was parked and we started looking forward to a delicious schnitzel or roulade.

And then: a sign at the entrance told us: Sorry closed from October 18th to 25th.

We were really disappointed. Later at home, I checked again - but according to Facebook and homepage the restaurant was open. Probably forgotten to write the change.

We then went back to Bridgewater to have something to eat in the local public house.

And that was a good idea! We each chose a starter and a main course and placed the order.

But what a surprise! The very friendly service asked whether we were really very hungry!?

The starters would be quite plentiful - we could have problems with the main course.

She suggests we take one starter - she'll bring 2 plates and cutlery for it.

We have never seen this before in Germany - sales are lost there !?

But we accepted the offer. And with the words: I want the guests to be satisfied and that's why I'm very happy to help in this way, she noted now the order!

And it turned out that the tip was good. So we shared the starter (nachos with delicious sauces) and were almost full afterwards. But thanks to the waitress, we finally managed our main course.

The tip was more than deserved . And so this day ended .